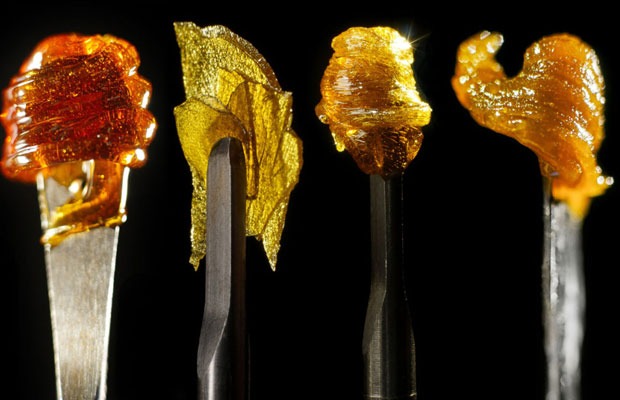 There is a whole plethora of different cannabis concentrates now available to the public. They vary from each other in the extraction technique used, in texture, colour, and cannabinoid and terpene profile. Concentrates can even reach over 99% cannabinoid purity, creating a whole new world of ways to consume cannabinoids.

Extraction techniques such as fractional distillation, chromatography and CO2 extraction are now being applied to cannabis, resulting in nearly pure cannabinoid extractions. Pure THC and CBD now exist in the form of isolates or distillates and can reach purity levels upwards of 99%.

Older, more traditional forms of extraction are still being applied as can be witnessed in the bubble hash or hand-rubbed hash still sold in Amsterdam coffeeshops. But needless to say, the world of cannabis extracts has come a long way in the last decade, making an entire range of different cannabis extracts available to the public.

There are various ways to purify cannabis in such a manner that the plant matter is removed and only the resin remains. The products of these various techniques could all loosely be termed ‘hash’, but those within the industry generally differentiate between traditional hash-making methods and modern extraction techniques.

Traditional hash-making methods (namely hand-rubbing and screen-sieving) may be capable of producing very high-quality products, but due to the mechanical and manual means of separation, it is all but impossible to prevent some plant matter remaining amongst the resin glands.

The texture and colour of traditionally made hashish is influenced by various factors, including amount of residual plant matter, technique, and level of compression. Hand-rubbed hashish also takes its dark coloration from surface oxidation of THC. 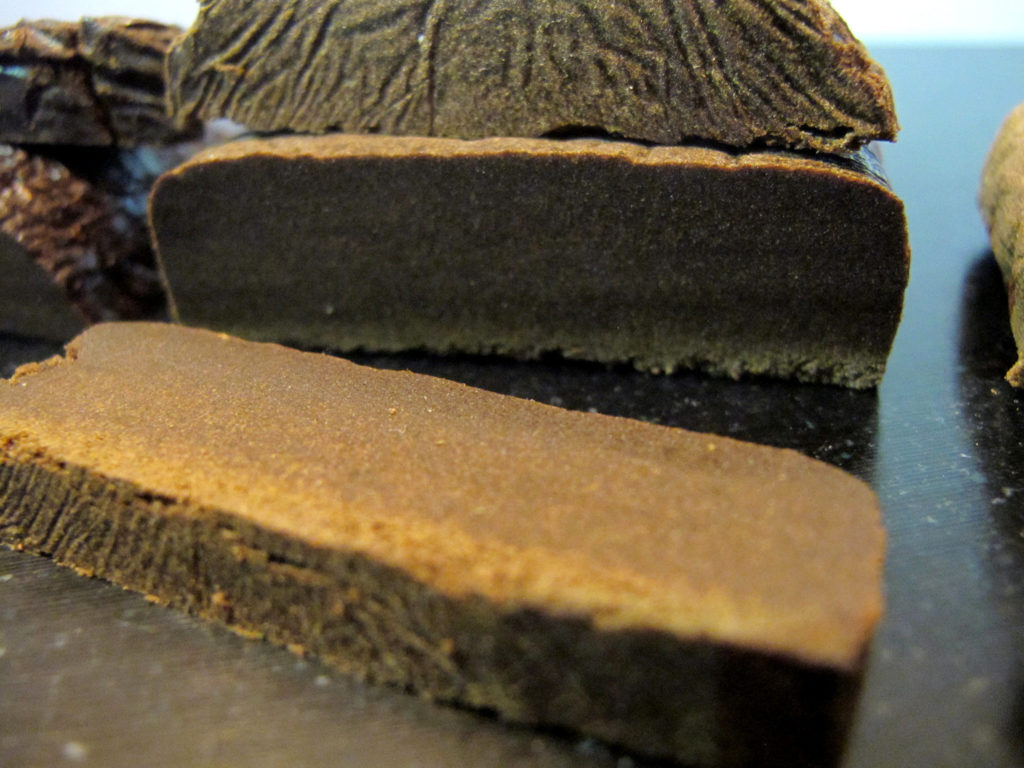 Using near-freezing water to assist the separation of trichomes from plant matter is not a new idea, but the techniques have certainly become more refined over the years. Technically speaking, the process is mechanical and not chemical, as cannabis resin is insoluble in water and the water therefore does not act as a solvent.

At the most basic level, water hash can be made by filling a jar with water, ice and plant matter, sealing the jar and agitating it. The agitation separates the trichomes from the plant matter, and the differential density of the respective parts causes the trichomes to sink while the leaf matter floats. This process has been refined over the years with improved agitation and filtration techniques to the point that very pure extracts can be obtained.

Sold in Amsterdam as ice-o-lator, ice hash or water hash for years, the purity of certain specimens is such that they are now increasingly known as non-solvent or ‘solventless’ extracts, particularly in the U.S. market. As will be discussed later in the article, sometimes solventless extracts are more preferable to consumers as there is less chance of contamination.

Hashish is unfamiliar to most Americans, unlike most Europeans. It is the most traditional form of cannabis extraction (probably because it requires no machinery or chemicals), and existed long before extracts became popular in the USA. When the U.S. cannabis market exploded, technology had already developed for chemical, solvent extractions, and therefore hash remained much more popular in Europe than the U.S.

In order to completely separate the trichomes from the plant matter, a chemical rather than mechanical process is required (although several chemical extraction processes also make use of mechanical stages, e.g. grinding, freezing, and filtering).

Chemical separation necessitates use of a solvent capable of dissolving the trichomes; these solvents may be either polar (alcohols such as ethanol or isopropyl) or non-polar (butane, hexane). Newer, more sophisticated extraction techniques use CO2 as the solvent.

Chemical polarity refers to the electric charge present in a molecule. A polar molecule (such as H2O) carries a positive charge on the oxygen atom and negative charges on the two hydrogen atoms. Due to the difference in charge, it has a net dipole (two opposing poles). A non-polar molecule (such as methane; CH4) has equal distribution of charge and therefore has no overall dipole.

One way of measuring polarity is to look at the dielectric constant (DK) of the solvent. DK is a separate measurement—the ratio of overall electrical capacity of a substance against that of a vacuum, when a specific voltage is applied—but corresponds well enough with polarity that it is a useful measure.

Extraction methods determine terpene and chlorophyll content in the concentrate

When using polar solvents, certain polar compounds contained within the plant matter are also dissolved and remain in the final product. This is unless further filtration stages are undertaken, many of which reduce potency and flavour—such as charcoal filtration. Chlorophyll, terpenes and certain other plant alkaloids, all generally insoluble in non-polar solvents, are dissolved in the solution and influence the final aroma, flavour and consistency of the extract.

While it may be desirable to include terpenes (which are largely responsible for flavour and aroma), chlorophyll, with its dark-green colour and bitter flavour, is less favoured. Further filtration often removes the terpenes and even some cannabinoids, so it is better to prevent chlorophyll from dissolving in the first place.

Quick-wash methods are a good compromise: the plant matter is immersed in solvent for less than a minute, compared with (up to) several weeks in standard methods. This method also allows for some retention of the flavour-forming terpenes.

Depending on the kind of extraction technique used, a different final product will ensue. Extracts differ in colour, texture, terpene profile (and therefore flavour) and cannabinoid profile.

Certain extraction techniques have a greater chance of leaving residual solvent in the final product, and these generally make for inferior and potentially unsafe extractions. Others don’t require a solvent at all. Depending on the manufacturer, their budget and the extraction equipment available to them, certain techniques are preferable over others.

Rosin is a form of solventless extraction. All that is required to make rosin is heat. The cannabis flowers are wrapped in a kind of absorbent paper, such as parchment, and are pressed between two hot plates. The trichomes and resin melt off the flower and into the parchment, after which it can be collected.

This technique first became popular as a DIY cannabis extract. In the last couple of years, rosin became attractive to extract manufacturers on a commercial scale because it requires very basic technology and doesn’t require a solvent at all. 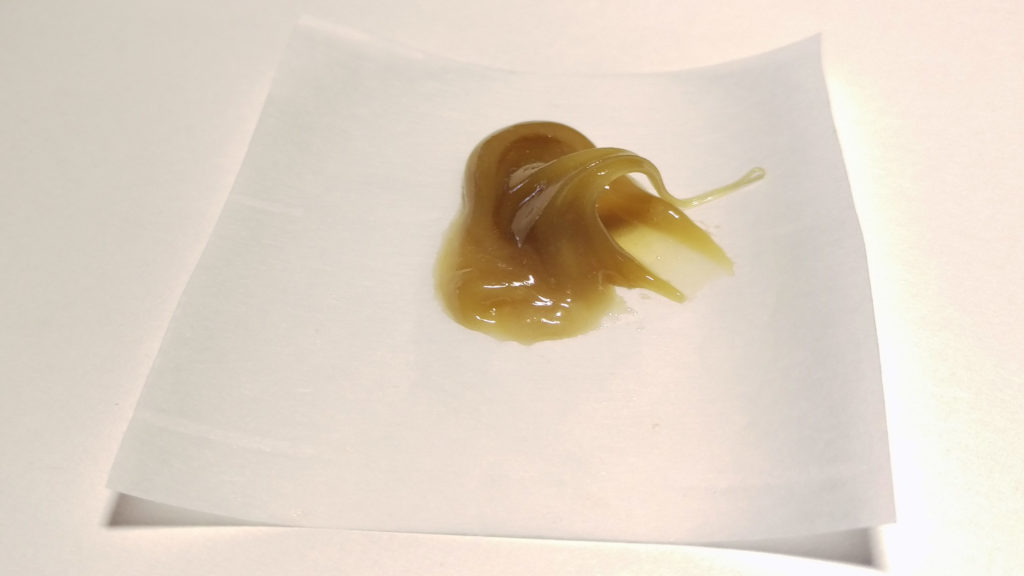 To make wax or shatter, manufacturers often use butane extraction. Cannabis flowers are contained in a tube-shaped vessel. Butane is then pumped through the vessel at high pressure, and acting as a solvent, pulls out cannabinoids and terpenes from the plant material. Heat is then used to evaporate any residual solvent. When the final product is agitated, it creates a more waxy-like extract. When it is left to cool without agitation, the final product is more like shatter.

There are dangers associated with this kind of extraction technique, as residual butane in a product that will eventually be smoked poses a threat to the user. Inhalation of butane is dangerous, and not every manufacturer takes adequate steps to remove all residual solvent. On top of this, DIY butane hash extraction is dangerous, as it is prone to explosion.

At high pressure, CO2 turns into a liquid, at which point it can be pumped through cannabis flowers. Acting as a solvent, it pulls out a full spectrum of cannabis constituents such as cannabinoids, terpenoids and even flavonoids. 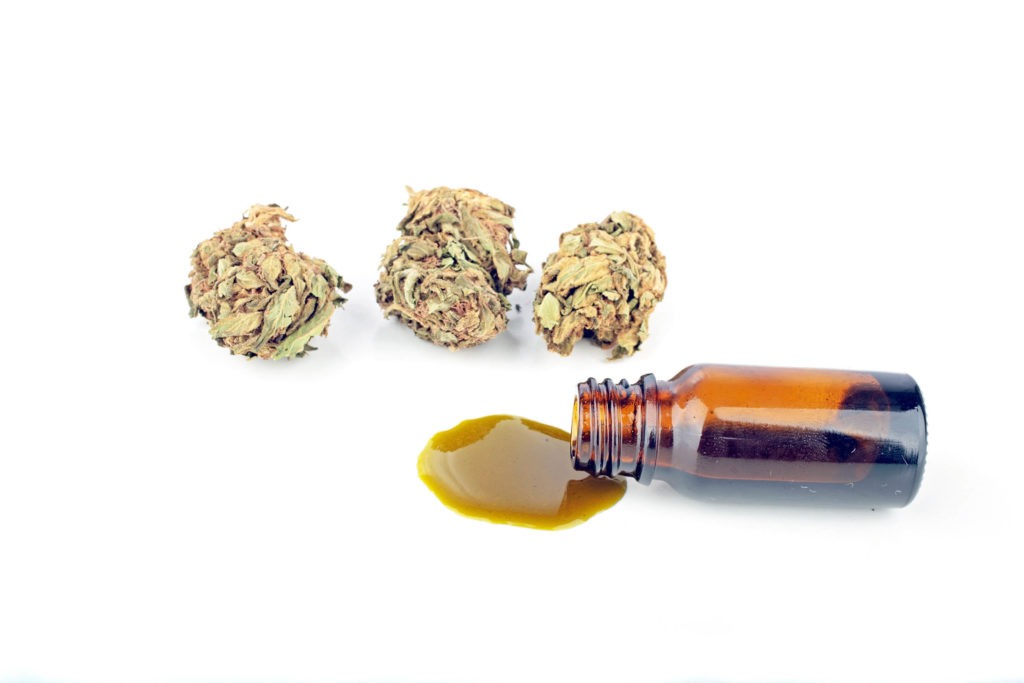 Once pressure resumes, CO2 turns back into a gas and therefore doesn’t require much work to be removed from the final product. It is one of the cleanest ways to extract cannabinoids, and obviously so, as there is almost no risk of solvent contamination of the final product.

Most CBD oil of the modern age is manufactured using this technique. It is much less dangerous than extracting using butane and has great yields. However, it is expensive technology, and is therefore generally employed by well-established CBD oil extractors.

As mentioned earlier, even traditional hash rubbing is a form of cannabis extraction. Hashish is arguably the oldest form of cannabis concentrate. Even today, hand-rubbing hashish is still practiced, although needless to say, the industry has developed technology for making hash extraction easier.

Hand-rubbed hashish is most commonly found in Morocco and India, where this ancient technique of cannabis extraction is still practiced. The flowers are rubbed between the palms of the hands, and after some time, the resinous material of the flower collects on the palms and fingertips. When this resin is scraped off the hands, it becomes hashish.

Modern techniques for making hash include bubble hash, or as residents of The Netherlands might know it, ice-o-lator. While wax and shatter are sometimes referred to as hash, they are not in the traditional sense, as they use chemical extraction rather than manual/mechanical extraction.

The cannabis market has exploded with the extraction of pure cannabinoids, as this kind of product is infinitely versatile for cannabis product manufacturers. Extraction technology has given the cannabis industry the ability to extract pure cannabinoids such as pure THC and pure CBD.

They are sold in the USA as CBD and THC isolate or distillate. In many parts of Europe, such as The Netherlands, CBD isolate is not available to the public. However, it can be used to manufacture CBD goods such as CBD oil, topicals and tinctures.

Chromatography can also be used to create isolated cannabinoids. It is much the same as what most of us would have encountered in high school chemistry. The cannabis extract is passed through a medium, and depending on the density and chemical makeup of each constituent, it will travel through the medium at a different rate. Different cannabinoids can then be collected.

Winterization is used to purify the final product from any other substances that may be present. The final product is a truly isolated cannabinoid such as CBD or THC isolate, and has a white or yellow powdery texture. It can be used to manufacture oils, vape juices, tinctures, topicals, edibles and beverages.

TALK WITH AN AGENT